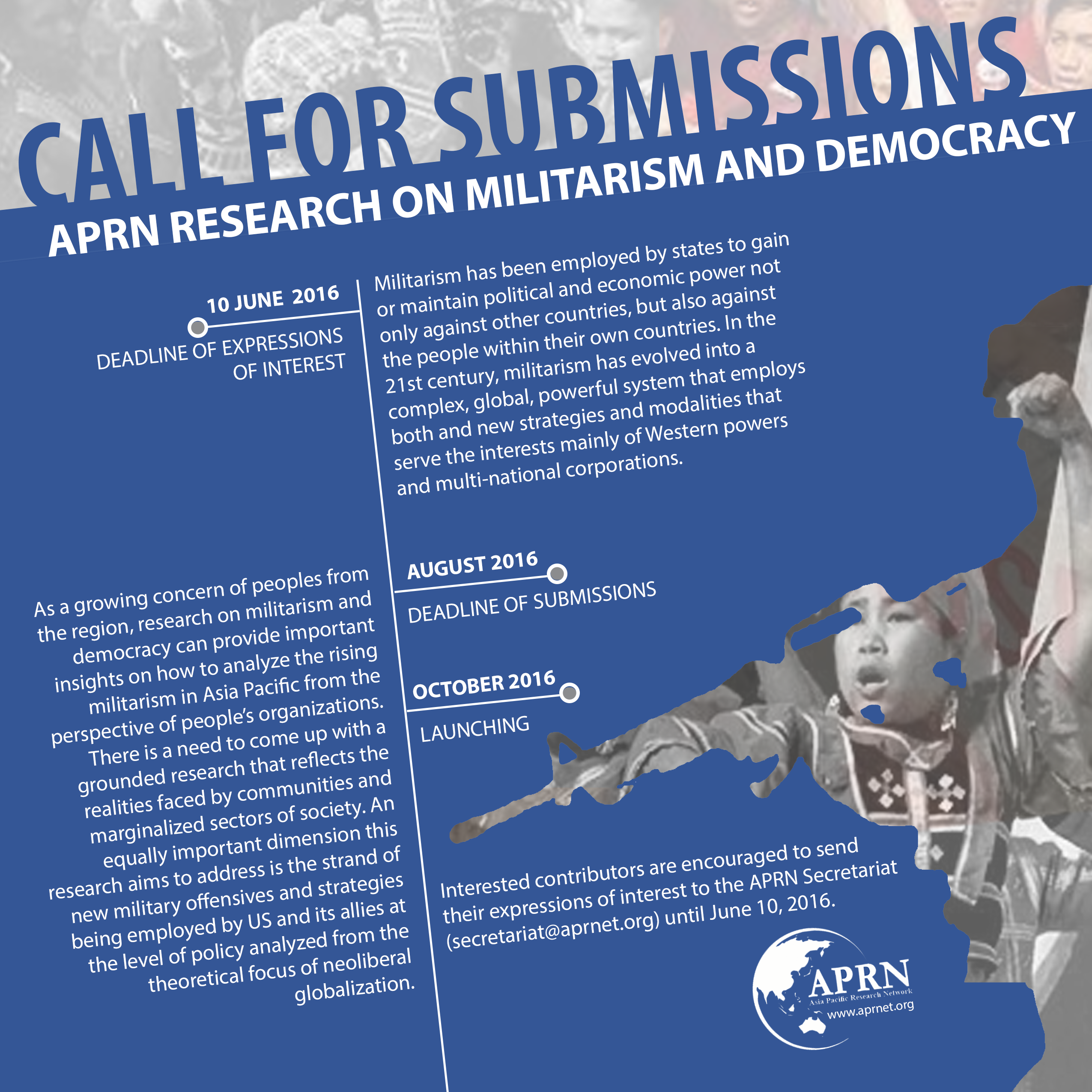 Militarism has been employed by states to gain or maintain political and economic power not only against other countries, but also against the people within their own countries. In the 21st century, militarism has evolved into a complex, global, powerful system that employs both and new strategies and modalities that serve the interests mainly of Western powers and multi-national corporations.

As a growing concern of peoples from the region, research on militarism and democracy can provide important insights on how to analyze the rising militarism in Asia Pacific from the perspective of people’s organizations. While there is a not a shortage of analysis on militarism already existing, it is however critical to note that much of these researches are focused on improving military planning and warfare while only a handful of studies are dedicated in investigating the link between militarism and how it destroys democratic rule and even less when it comes to the people and their responses in situations of intensive militarism in their communities. Thus, there is a need to come up with a grounded research that reflects the realities faced by communities and marginalized sectors of society. An equally important dimension this research aims to address is the strand of new military offensives and strategies being employed by US and its allies at the level of policy analyzed from the theoretical focus of neoliberal globalization.

Contributors are expected to begin with their country researches from the 4th Week of May to 1st week of August. Towards ensuring the collaborative method of research and in order to address the fairly tight schedule proposed, contributors are invited to engage in regular consultations to be convened by the Secretariat throughout the period.

Contributors are invited to coordinate with the APRN Secretariat ([email protected]) on matters concerning the report. The Secretariat will hold the responsibility to oversee the compilation of country researches and the editing of contributions.