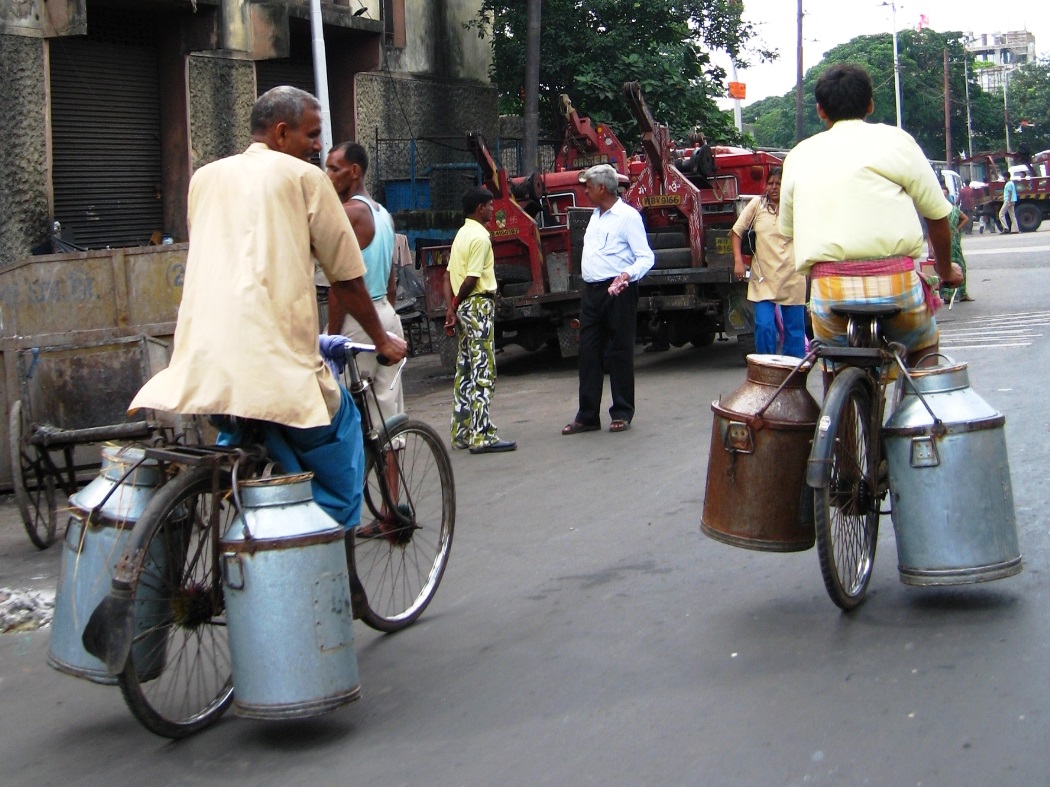 By Roots for Equity

Presented by Wali Haider at the UNEA 5.2 | Included in the Goals 15 and Peoples Solutions Factsheets of Asia Pacific Peoples Forum on Sustainable Development

Global trade policies in the world remain entrenched in neoliberalism, with the World Trade Organization (WTO) still holding a key position in implementing its imperialist trade liberalization policies. In Pakistan’s dairy and livestock sector, WTO agreements have been playing a key role in trying to wrench control of the milk market from small and landless farmers; about 80% of the national milk supply is in the hands of 55 million small and landless farmers with small herd sizes, with women farmers as key custodians of livestock. Over the years, an efficient milk supply chain that provides a livelihood to millions has been established; its mostly the small and landless farmers, who form the milk supply chain. At the village level they supply door to door, as well as being part of collection centers for small milk producers and then fanning out to reach small towns, city shops.

However, women farmers’ role as custodians of livestock and dairy is facing threats from corporate encroachment and unfair government regulations. Particular WTO agreements, such as the Sanitary and Phytosanitary Measures (SPS) and Technical Barriers to Trade (TBT) agreements. Through the international regulatory mechanisms dictated by SPS through a international regulatory body Codex Alimentarious, the government of Pakistan, particularly the provincial government of is set on banning the sale of fresh milk through its mandatory pasteurization policy; ‘evidence based science paradigm’ is the fallback being used to authenticate the corporate capture. This is clearly on the behest of local and foreign corporations in collusion with state entities to make the dairy and livestock sector a viable playing field for private investors, at the cost of small and landless farmers. The kind of regulatory procedures needed to comply with government policies is not possible for a vast majority of small farmers and the ultimate result will be that big dairy farms will become the major milk production arena. These dairy farms are owned and controlled by big corporate farms as well as international dairy corporations. At the same time, government policies dictated by International Monetary Fund (IMF) have led to skyrocketing prices for agricultural input prices that is forcing small and landless farmers away from agricultural production. The big corporate players in the market include Nestle, Friesland Campenia, World Wide Sires, Tetra Pak among others. Apart from the government, other actors have also been part of the collusion. In the past years, there has been a vicious campaign against small milk producers and sellers on various print and electronic media that has been directly propagated by the Pakistan Medical Association.

Other aspects of corporate capture include the import of not only cattle from the US and other countries but also semen for propagating so called more productive cows ostensibly to improve milk quality and quantity of local livestock. Additionally, imports targeted at corporate dairy farms (e.g. industrial milking systems, genetic material, calf milk replacers, premium fodder) are on the rise. Another clear player is the tetra packaging industry which would gain clearly by not only milk packaging but also other value-added products such as cream, flavored milk and other dairy products. It is clear that these policies do not recognize women farmers as key stakeholders and make no efforts to integrate them; beyond doubt there key agenda is to establish corporate hegemony in this sector. It’s important to point out that these imports are further exacerbating the foreign debt burden that Pakistan is now groaning under.

In Pakistan, a mass movement, Pakistan Kissan Mazdoor Tehreek (PKMT) has organized itself to fight the corporate capture of the livestock and dairy sector. It has started a national political education program to mobilize farmers to fight for the right over the dairy sector and the hidden hand of WTO and other neoliberal policies that are behind the legal framework being created in Pakistan in favor of the corporate sector. It’s also reaching out to the urban consumer through social media campaigns as well as other people’s rights platforms. Similarly, at the regional and international level, PKMT has been highlighting its struggle for food sovereignty particularly in context to the livestock and dairy sector.

The fight against imperialist corporate capture is no doubt difficult but one cannot forget that people power is grounded in people’s economic, political and social realities. Thus, no doubt that imperialism against people’s organized militant struggles has no future!