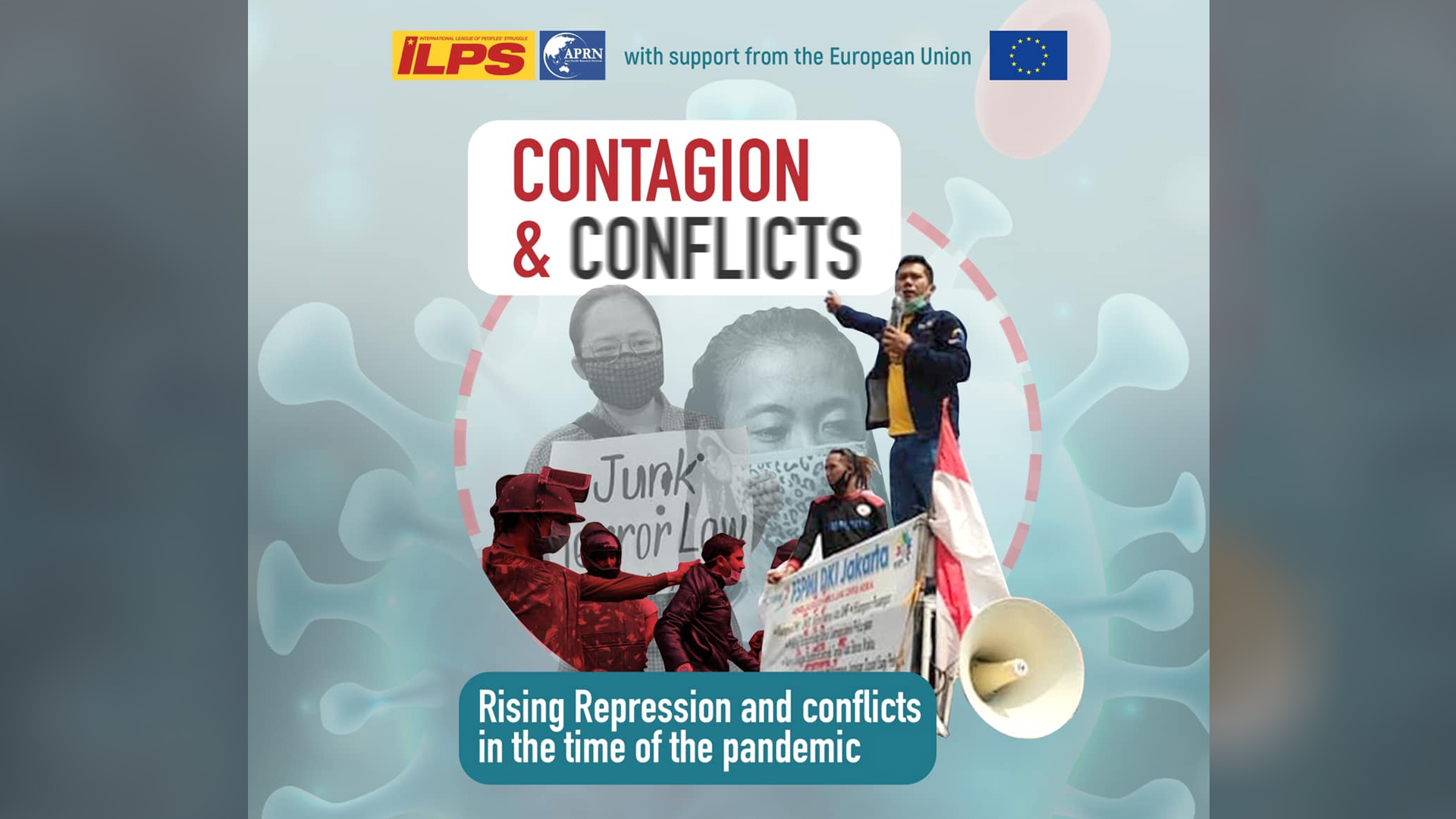 The Asia Pacific Research Network, together with the International League of Peoples Struggles (ILPS), shall be launching a webinar/discussion entitled “Contagion and Conflicts: Rising repression and conflicts in the time of the pandemic”.

The webinar shall discuss the rise of conflicts and the growing tensions within the Asia-Pacific region due to the unbridled emergence of China as growing rival to the United States, and how the current COVID-19 pandemic is being weaponized to push forward vested interests. The discussion shall also highlight how this approach towards the virus has also trickled down to national governments in the region, further eroding the remaining democratic spaces in society through militarist approaches and railroading repressive laws and policies.

Azra Sayeed is an activist based in Pakistan and is Vice-Chairperson of ILPS. She is one of the key leaders of Roots for Equity, and Chairperson of the International Women’s Alliance.

Stephen Darley is a migrant to Australia from the North of Ireland, and has been a political activist all his adult life, mainly in the nuclear disarmament and peace movement and secondarily in the environment movement. He has been a university lecturer and tutor for twenty years at the 3 Adelaide universities, but lost his jobs in 2010. He is part of the coordinating committee of the Independent and Peaceful Australia Network (IPAN), the Living Incomes for Everyone (LIFE) coalition of union and welfare grass-roots groups, and Spirit of Eureka.