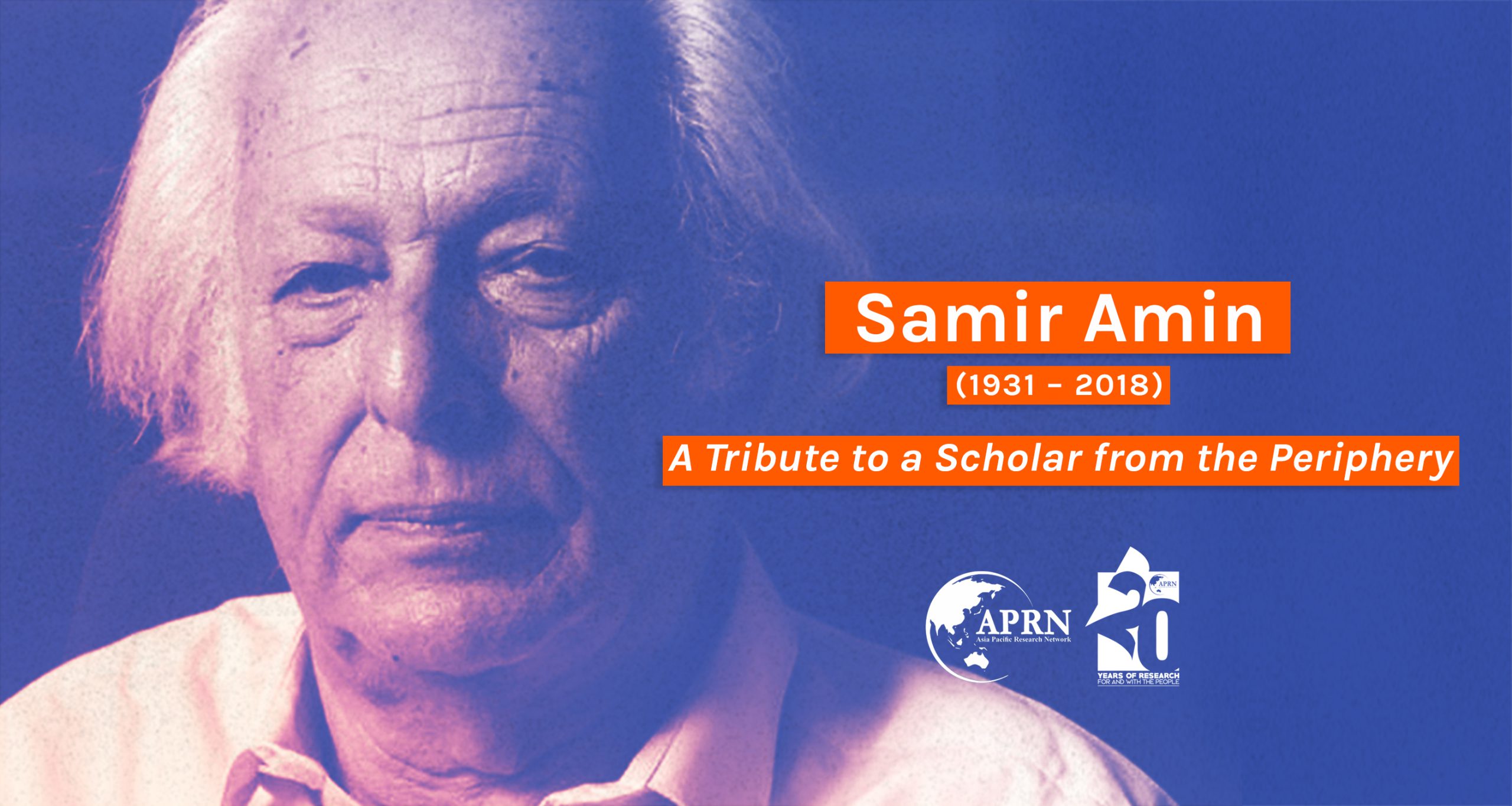 The Asia Pacific Research Network is one with the world’s peoples in remembering the legacy of Samir Amin, a prolific scholar, staunch anti-imperialist and Marxist political economist. Amin passed away on 12 August 2018.

Amin worked in Cairo at the Institute for Economic Management from 1957 to 1960. He became the director of the Third World Forum in Dakar, Senegal in 1980 and was a co-founder of the World Forum for Alternatives. He wrote a number of books in French and Arabic, many of which have been translated into a larger number of other languages. His most famous works were Accumulation on a World Scale (1970); Unequal Development (1976); and Eurocentrism (1989). A number of his essays were published by the Institute of Political Economy and IBON International. His most recent works documented the rise of neoliberal capitalism, the financial collapse and debt crisis, and the endless US-led imperialist wars, along with the pauperization of the peoples of the periphery.

APRN is privileged to have worked with Amin on a number of occasions. Amin was a keynote speaker for APRN’s 5th Annual Conference with the theme “Peoples’ Rights and the Militarization of Globalization”. His interview with Remy Herrera “Fifty Years after the Bandung Conference: towards a revival of the solidarity between peoples’ of the South” was published by APRN for the Golden Jubilee of the Bandung Afro-Asia Conference in 2005.

Amin’s scholarship has shown a clear partisanship for the peoples of the global South victimized by the ravages of imperialist plunder. The underdevelopment of the South was not a coincidence, but systemic. It was the reverse side of the development of the rich countries that depended on the active and wanton exploitation of the natural and human resources of other countries, which rendered Southern economies backward and maldeveloped.

Amin was justly skeptical of emerging development hypes such as sustainable development goals. For Amin, the narrative of sustainable development formed part of a series of discourses intended to legitimize policies and practices implemented by dominant capital and its supporters. Extreme privatization, deregulation, and liberalization remained the unspoken agenda of global governance institutions such as the IMF-WB and WTO.

Amin never wavered on his faith in the power of the people to lead and create transformative change. He saw new opportunities from the reconstruction of a 21st century Bandung. Such a democratic and anti-imperialist front of the peoples’ of the South would be the main force for the economic and political delinking of countries at the periphery from the unequal exchange controlled by developed capitalist countries and move toward the path of genuine self-reliant development.

In his passing, we reflect on Amin’s critical interventions and celebrate his life and activism by continuing the work of championing research for and with the peoples. ###